Borrowing from ~lineart, comicverse weeks happen once a month. During CV weeks, characters may assume their comicverse identities and get involved with CV week plot. CSA and SPYRAL activity (more below) may increase during CV weeks, as more supers will be aware of their CV lives and who they are. At skylines, all characters are automatically opted in to CV weeks. Each month, the mods will post an opt-out post for those who choose not to participate.

Outside of CV weeks, characters are not aware of their CV lives unless informed of them by notes or by other players. They'll notice that they've missed a week out of the month but won't be able to account for their whereabouts or their actions during that time. What happens during CV week does not completely stay in CV week, as these weeks do have lasting effects such as property destruction and injuries. Characters might have powers or items unlocked in the AU, but they might think that costume is just a costume and they're 'special' but not that special. Characters will carry on as always, but living in a reality where it's been confirmed that superpowered individuals exist.

Characters who have "lifted the veil" after experiencing at least three CV weeks will be able to remember CV weeks and live their CV identities all the time.

In addition to canonical comicverse teams like The Avengers and The Justice League, supers are also allowed and encouraged to create their own teams and work together. If people desire to form something new, that is welcomed and encouraged!

CVs from Marvel, DC, Dark Horse, Image Comics, and Valiant Comics are welcome as long as they fit into the superhero/supervillain theme. If you have questions about whether a CV fits, just ask the mods.

In August 2018, Boston's underground population of supers and their loved ones mysteriously vanished, only to reappear in the San Francisco Bay Area as if they had always lived there.

Thanks to a mischievous imp named Mister Mxyzptlk and a Mad Titan's snappy fingers, the world of shifters and regular humans has been altered completely. After four years of living in the shadows, supers have been exposed to the public, leading many to question how the world is going to handle them. Superhero insurance has been created to offset damage related to their cause and lawmakers are attempting to make sense of the legal in-and-outs of this new reality. And these supers aren't 'just' heroes; they're the heroes and villains the world has known, loved, and hated for years thanks to comic books.

Since The Snappening, superheroes and villains are free to integrate themselves into public life, with or without the masks they wear. Being a superhero is treated similarly to being a celebrity, and some may bask in this while others do not. Business owners court the endorsements of heroes for their businesses and even more fan clubs have popped up.

With the world now aware of their existence, the government has publicly stepped in and claimed responsibility for cleaning up after supers and helping businesses recover from any damages incurred as a result of superhuman activities. Unbeknownst to anyone, a movement embedded deep within the government has been trying to deal with the activities of heroes and villains for years, and as a result: a top-secret federal program called the Commission on Superhuman Activities (CSA) was established and has been operating under cover of darkness since 2015. The CSA was developed to monitor, study, and handle superheroes villains and their affairs. Think of this as something similar to the Men in Black but for supers: for the past few years, this is how the public has been left unaware of previous battles and superhero-related events. While the CSA could not control the "powered" folk, they could attempt to provide regular citizens with protection from their actions. But even they had no idea that these people were comic book characters. As far as they were concerned, they were simply people with strange abilities.

The CSA has actively worked with both heroes and villains alike in attempts to recruit them for their cause, to be insiders amongst those with powers, and to report back on their peers. Currently, the CSA only finds out about superhumans when they stumble onto their radar. Participation in the CSA is optional, and beyond this, there is no official 'registration program' as the government attempts to find methods that do and do not work for the handling of these specially powered people. Even if they are not directly involved, supers may be aware of the CSA and what it has been doing, if they are the sort to discover and piece that together, or through word-of-mouth. Some supers may have even been involved with the CSA prior to The Snappening.

Those who work at the CSA are welcome to have a wide array of jobs, whether they're in administrative work, (super)human resources, IT, research & development, trainers, and field work and recruitment. We want to keep this open-ended so that players can be as creative as they can!

Like other places of employment, the CSA provides supers who choose to work with them with various benefits. In exchange for their services, supers are provided with regular paychecks and generous health and superhero insurance. CSA supers are also provided with housing at The Presidio, a former military post where soldiers and their families lived for centuries. It is not, of course, public knowledge that this housing program exists, and some 'civilians' do live in these neighborhoods, as well. Supers are not required to participate in Presidio housing, and those who elect not to are provided with a generous housing stipend to cover their own choice of residence.

SPYRAL may sound familiar to some characters with particular CV identities. SPYRAL is a covert spy organization that exists under the umbrella of the CSA. Only those who are involved with SPYRAL know of its existence. Founded in 2016, SPYRAL agents conduct secret missions around the world on behalf of the CSA. SPYRAL avoids involvement in politics, and rather than enlisting current spies from active espionage agencies, looks to recruit daredevils and rogue geniuses who are willing to use their mental and physical gifts to serve the agency. Upon being inducted into the organization, SPYRAL agents receive the following devices:

Because of the nature of SPYRAL work, characters who are interested in joining SPYRAL must be active in-game, aware of their CV identities, and will have experienced at least 6 CV weeks, which may include their time at ~lineart. Characters should also have applicable skill sets to be SPYRAL agents, e.g. leadership, stealth, investigation, espionage, etc. Depending on in-game interest, we may impose a cap on the number of SPYRAL agents in game so that no more than 10% of current characters are SPYRAL agents. SPYRAL recruitment should not be thought of as a popularity contest! If you are interested in having a character become a SPYRAL agent, please contact the mods. If you have any questions about SPYRAL, please let us know!

Those who choose not to work with the CSA but continue to live as supers are considered vigilantes. Currently, being a vigilante is not illegal, but insurance companies are hesitant to take chances and risks on them, and the general public may have questions and concerns over these types of supers as well. Despite their lack of official program participation, vigilantes are still being monitored by the government, as the CSA continues to keep a close eye on current events to find those who exhibit powers or abilities that seem…well, super), whether hero or villain. 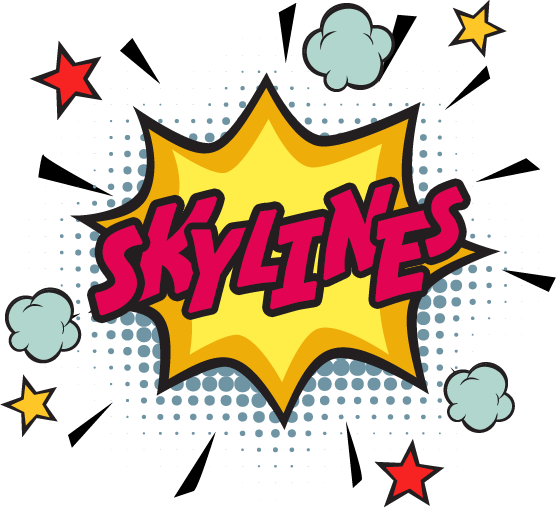